An excellent album from this British progressive group recorded in 1969 by a band of mysterious pseudonyms. In fact, this was a formation of some of the biggest names in UK progressive rock including Simeon Sasparella & Njerogi Gategaka (aka Steve Hillage from Gong). The other 3 members Dave Stewart, Clive Brooks and Mont Campbell formed Egg. Originally released on Evolution this heavy, spacey keyboarddriven album is often compared to Pink Floyd's Saucer Full of Secrets. For fans of Egg, Gong, National Health and Caravan.

You can certainly hear echoes of Steve's later work in Khan and even his first solo album 'Fish Rising'. Probably another fleeting chance to hear a vital piece of Steve's musical development.
The production has oft been remarked upon, for this psychedelic fuzz-fest, but to my ears, this simply makes it all the more compelling, and lends the music the correct 'free-festival' atmosphere.
In actual fact, the main problem with the production seems to be the almost complete absence of compression, and omnipresent and over-worked reverb, leading to what might be considered excessive distortion. However, I have to say that I find it a veritable feast of fuzz and feedback, with a great range of dynamics and a very full sound for each instrument - a beautiful and powerful sound.
The self-titled album from the psychedelic pseudonyms is a surreal trip through a variety of musical styles that go beyond psychedelia and into the realms of Progressive Rock proper. The band get into some seriously good grooves, and seldom if ever make the kinds of mistakes and fluffs that plague many Krautrock albums of this time, and Hawkwind albums for decades to come.
I've seen many comparisons made to Pink Floyd, and I'd like to scotch most of those rumours here and now. The huge organ sound that Dave Stewart produces is far more akin to Deep Purple - or more accurately, The Nice, inspired, as it was, by Keith Emerson, and Hillage's guitar work, although not the polished leading light of space rock that he would become in Gong and his solo work, is utterly remarkable. Especially when you consider that he was 17 at the time. Come to that, not one of the musicians were in their twenties when they made this recording, so the professionalism of musicianship is extraordinary.
The closest this album comes to Pink Floyd is in the cosmic 'wooey noises' that begin the 14-minute jam 'Metempsychosis', a track that threatens to drop into 'Interstellar Overdrive' at any moment - but instead remains an energetic variation on a theme, albeit with slightly uninspired moments that drift off into stoned noodle. These, fortunately, are way more than balanced with moments of pure drama and psychedelic power with some particularly stunning vocal and keyboard work. Think Hawkwind at their very best and you're close.
As has been remarked upon, this album was recorded in a single day - Hillage himself is alleged to have said it was just done 'for a laugh' - and the fun certainly comes across. The plethora of pseudonyms that plague the personnel were largely for contractural reasons, which the artists got around by using the invented names - even the band name was a pseudonym.
I guess that those fond of categorising are going to say that this is more of a psychedelic jam or Space Rock album than a 'proper' Prog Rock album, and they'd probably be right.
However, it's so much more together than the average psych album, and so much more than pure Space Rock, that I'm just going to have to say that you really ought to have this in your Prog collection as an indeal representative of where Prog was at in 1969 (ITCOTCK excepted, of course!).(Review by Certif1ed (Mark)
It's a bit of a masterpiece really.
Line-up 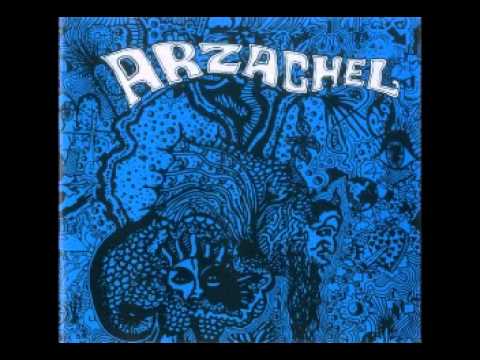