Most Xilleon-branded SoCs have a 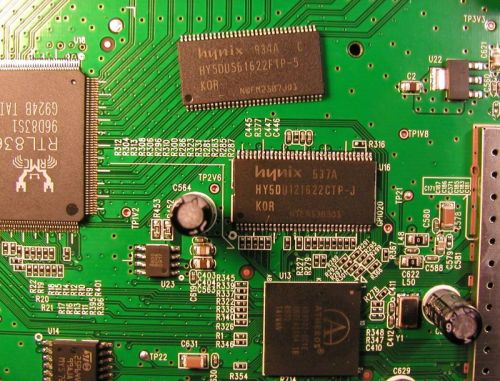 It was revealed that the next generation of AVIVO, named as Unified Video Decoder (UVD) was based on Xilleon video processor to provide hardware decoding of H.264, and VC-1video codec standards.[citation needed]

Both AMD TrueAudio and AMD's Unified Video Decoder (UVD) are based on the Cadence Tensilica Xtensa[1] processor,[2][3][4] which was originally licensed by ATI Technologies Inc. in 2004.[5]

While AMD announced the completion of acquisition of ATI Technologies on the third quarter of 2006, the Xilleon products would be sold under the AMD brand as AMD Xilleon.

A new line of Xilleon video processors for flat panelLCDTVs, named as Xilleon panel processors with four models 410, 411, 420 and 421, were announced on CES 2008. Supporting 1080p video resolution and featuring Technology advanced motion estimation, motion compensation and frame rate conversion technology based on enhanced phase-plane correlation technology, which converts 24 or 60 Hz input video signals to 100 or 120 Hz refresh rates used in most of the LCD TVs by creating additional frames to form a smoother motion.[8]

AMD had signed an agreement with DivX, Inc. to allow several of the future Xilleon video processors to implement hardware DivX video decoding with DivX certification on January 2008.[9] However, as a result of company restructuring, AMD has divested the digital TV chipset business starting from the second quarter of 2008.