This guide covers just about everything you want to know about dungeons. It has information about what to expect from each dungeon, what curios you'll find (and how to cleanse them), and quick explanations of boss fights.

This guide contains spoilers, but you probably already knew that when you clicked on the guide. If you want to make Darkest Dungeon as challenging as possible, you probably shouldn't be reading this guide (or at least ignore the content about the bosses).

The following table is a quick and dirty list of provisions to bring into a dungeon. Almost all of the numbers are excessive, but it's better to be over-prepared than under-prepared. The rewards of each dungeon will pay for the provisions used to complete the mission (and extra provisions will be sold upon completion), but you should expect to make money off of what you find in the dungeon and not based on the reward of the mission.

Again, these numbers are just recommendations, feel free to adjust however you'd like (antivenom and shovels help deal with locked chests, so they are a little more multipurpose than skeleton keys).

The following table shows the curios that can be found in all dungeons:

The following curio only spawn during certain quests.

Some curio only spawn in certain areas.

The Collector has a random chance of spawning when your inventory is more than 60% full. He drops always Puzzling Trapezohedron (worth 2,500 gold) and has a small chance to drop a very rare trinket (Barristan's Head, Dismas' Head, and/or Julia's Head; all of them are pretty good); these trinkets can also be found in secret rooms so fighting The Collector isn't necessary. 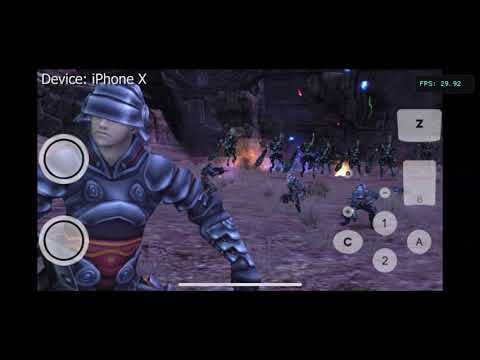 Strategy: Assuming you've followed the dungeon guidelines above, a decently prepared team shouldn't have too much of an issue with The Collector. Ignore the Collected Vestal (you should be able to outdamage her heals), make it a priority to kill Collected Highwayman (almost all of the damage comes from this spawn) and try to keep The Collector in the third position. Stun the Collected Man-at-Arms to remove the guard buff if he's guarding The Collector.

Warning: When/if you decide to spawn The Shambler, he'll teleport you to a hidden area and the light level is reduced to zero and cannot be increased. It is highly recommended that you are not wearing any trinkets that require a light level above 75 to be effective. There is also a guarenteed chance that your party will be suprised at the beginning of the fight, so expect your party's positions to shuffle.

Strategy: Make sure your party has high bleed/blight resistances. The Shambler is slow, so your team will almost always act before him but he summons tenacles that are much faster than he is and they will often shuffle your party's order. AoE attacks from your front line heroes (either an abomination with Rake or crusader with Zealous Accusations) can one shot the summoned tenacles. Mark The Shambler and proceed to kill him with an arbalest or bounty hunter.

The Ruins is the first dungeon once you've reached Hamlet in the Darkest Dungeon story. This area has a lot of unholy monsters, so crusaders excell here. Stress damage can be a concern here, so ignore books in the dungeon.

Here's a quick recommendation of what to bring with you in the Ruins based on mission length:

The Weald is the second dungeon unlocked in the story line and a combination of human and eldritch monsters.

Here's a quick recommendation of what to bring with you in the Weald based on mission length:

The Warrens is the third dungeon you unlock that's full of beast type monsters (that also happent o be human too?). Outside of being able to remove blight and bleed, plague doctors are not very good for this area due to high blight resistances.

Here's a quick recommendation of what to bring with you in the Warrens based on mission length:

The Cove is the fourth dungeon that you unlock and offers crests as an award. Bring an occulist since the majority of the enemies in this area are eldritch. Thralls are unique to this area and explode at low health dealing significant damage to the entire party. Damage is significantly higher in this dungeon and getting surprised can result in a party member's death.

Here's a quick recommendation of what to bring with you in the Cove based on mission length: