Fairy dust cursor trail It’s like fairy dust around your page, wherever the cursor moves. Find var colour=“#000000”; now change the #000000 to whatever colour you want. Click here to see the colour. If you don’t want that one, get the URL of a cursor you want (right-click and press copy url) and paste it in the spot that says 'INSERT CURSOR URL HERE” and you’re set. To make sure you did it right, press “update preview” and see if it shows up correctly. If you need help on anything else, let me know:). You can even get Tumblr Cursors, Friendster Cursors, Blogspot Cursors, Xanga, Bebo, Orkut, Wordpress, Myspace and any other social networking profile site that allows CSS coding, here. Also our cursors work on Internet Explorer, Mozilla Firefox, Safari, and Google Chrome.

From time to time someone brings to my attention the use of SELECT * with SQL cursors in RPG programs. Specifically, is that a good idea or a bad idea? I have learned that the answer to that question is “It depends.” Using SELECT * in a cursor declaration may or may not get you into trouble.

Here’s the DDL for a table of employee data.

Let us consider two versions of a program that uses SELECT * in a cursor. First, static SQL:

Let me point out a few things about this program.

First, notice that the employees table — the table that the program reads — provides the external definition of the EmployeeData data structure. This is comforting to me. I know that the fields in the data structure will be adequate to receive the fetched data. 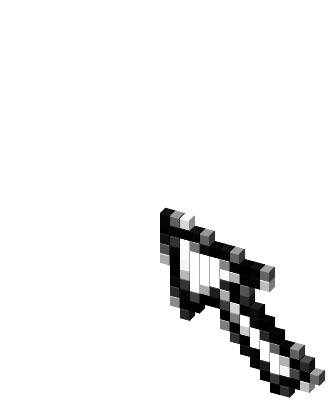 Second, if the Employees table can contain null data, then I would have to define a null indicator array. I don’t think most IBM i shops use nulls in the database, so I will not unnecessarily complicate the example by adding code to handle null values.

Third, to simplify the program I omitted the loop that would process the entire table. A program that only fetches one row doesn’t need a cursor, but a SELECT with the INTO clause.

Last, the purpose of the assertions is to let me know when an SQL statement fails. I would not use assertions in this manner in a production program.

What happens if I add a new column?

Does the program continue to run properly without modification and without compilation? This is where it depends.

In this case, I added the new column at the end of the row (i.e., the record format).

Naruto shippuden ultimate ninja storm generations mugen download pc. The static version runs as before. The reason for this is that the SQL precompiler expands the column list, so. . .

Since the program object selects three columns only, the addition of another column to the table does not affect the program. The program does not require recompilation.

The dynamic SQL version also continues to retrieve the data correctly, but the FETCH operation sets the SQL state to 01503 (Number of host variables less than result values.) That is, there is no room in the data structure for the email column. This is a warning, not an error. The program runs and retrieves the first three columns correctly.

Let’s add another column, but this time, let’s add it within the row.

Again, the static SQL continues to run properly because the precompiler expanded the column list. The static version continues to select the same three columns, even though there are now five columns in the table.

However, things are not so rosy with the dynamic SQL. I again get the 01503 value in the SQL state, but the data is not accurate. The phone number is zero for all employees, because the program retrieves the department number, which was initialized to zero and has not yet been populated with the true values.

The program runs, the data is bad, and no one is the wiser.

The answer is, of course, to recompile this program and all others that use a dynamic cursor over the employees table. After all, you don’t have anything better to do on the weekends. Be sure not to overlook any of them during your analysis.

Now that you understand how SELECT * works in a cursor, let me show you what I think is a better way.

If a database is even somewhat normalized, almost all programs require data from more than one table. Let’s add the name of the department to the previous query. To maintain third normal form, we must place the department name in a table that is keyed on department number.

To use data from both tables requires a join. You can place such a join in a lot of programs, but I propose that a better idea to place the join in one place — a view.

Notice that this view does not return null values, even though it uses a left join. The coalesce function takes care of any possible nulls, replacing them with a dummy department name of *Invalid*.

All programs that need this data can use this view, and guess what? They can use SELECT *, just as the one-table example did. Here’s the static SQL version:

As I did in the one-table query, I’ve used the view to describe the data structure. SELECT * works well because it retrieves the values in the same order that they are listed in the view.

Using views is even more robust if you don’t change them. Suppose we need another column in the query. If we change the view, we may have to recompile the programs. But if instead we create another view, the only programs that have to be recompiled are those that need the new column. You can change those programs to use the new view, and you can do so without a code freeze.

The bottom line, then, seems to be that using SELECT * in a cursor definition in conjunction with an externally-described data structure is bulletproof. Well, not quite. Implicitly hidden columns fowl up the works if you query a table, because implicity hidden columns are included in the data structure, but not in the SELECT * field list. Chances that this will happen are very, very slim, as many if not most shops don’t use implicitly hidden columns. Columns cannot be hidden in a view, so you won’t encounter this problem if you run SELECT * against a view.

If it is customary in your shop to query tables, consider that there is much to be said for querying views instead.