The A Series EQ.

For all those Pro Tools users who pine for the sound of analogue EQ, URS have recreated the equalisers from three classic mixing desks.

Unique Recording Software's aim with their Classic Console Equalizer plug-ins is to bring the sound of some very well-known mixer EQ designs to Pro Tools users. Although URS are cagey about naming the sources for their A Series, N Series and S Series designs, you don't have to be a genius to work out which classic consoles are being emulated here; if you can't tell by the way they sound, you would only have to look at a photo. Both the visual and operational aspects of the originals are faithfully reproduced, which means that some of the features conventionally found on parametric digital EQs are missing from the A and N Series designs. Specifically, the centre or corner frequencies for these equalisers are stepped, rather than continuously variable, and the peaking EQ bands are not truly parametric: control over bandwidth (Q) is limited to a simple wide/narrow option in the N Series and is entirely absent from the A Series. Gain settings were also stepped in the first versions of these plug-ins, but a recent update to v1.2 introduced continuously variable gain.

URS's interface for the A and N Series plug-ins is faithful enough to employ a virtual version of the dual-concentric pot found in API and Neve designs, where the inner knob sets gain level and the outer knob sets frequency, or vice versa. It must be said that this is rather less intuitive in plug-in form than in the real world, and trying to set the knob positions by clicking and dragging can be quite frustrating. Fortunately, URS have recognised that this is the case, and have done their best to alleviate it by providing other ways of setting the controls — for instance, you can cycle through the stepped frequency settings by clicking on the filter icon below the dial in the N Series EQ, whilst numeric entry boxes were added in the v1.2 update.

The A Series (see above) is the simplest of these plug-in designs, offering four bands of EQ, each providing seven different centre or corner frequencies and up to 12dB boost and cut. The low and high bands can be switched between peak and shelving operation. The N Series EQ is slightly more complex: a total of five bands is available, two of which are high- and low-pass filters controlled by a single dual-concentric knob. Two more are high and low shelving equalisers, with a single mid-band peak EQ completing the quota. The peak EQ offers a choice of six centre frequencies, the high and low shelving filters three and four, and the high- and low-pass filters four and five respectively. Up to 18dB of boost and cut is available on the peak and shelving bands.

Adobe dreamweaver cs3 free download trial version. The S Series equaliser is more comprehensive, offering two fully parametric bands with continuously variable frequency and Q, two more fixed-Q bands that can be switched to shelving operation if desired, plus high- and low-pass filters. Up to 15dB of boost or cut is available.

The S Series plug-in can be bought separately, and there are several bundle options: the Classic Console Equalizer Bundle collects together the A and N Series plug-ins, whilst the Everything Bundle adds the S Series and two additional plug-ins comprising 10- and 12-band graphic EQs, again paying homage to classic API and Neve units and also available as a separate bundle. As is often the case, buying the TDM/HD plug-ins gives you the RTAS and Audiosuite versions as well, whilst Pro Tools LE users can opt to pay less and get only the native versions. Copy protection is by iLok, and the plug-ins will work under Mac OS 9, OS X and Windows XP. I had no problems installing the plug-ins, though for some reason, installing the v1.2 upgrade seemed to leave the N Series plug-in at version 1.0 in my system.The S Series EQ.

One thing that's sometimes said about the EQ on classic high-end analogue consoles is that simply switching it into circuit can have a noticeable — and sometimes beneficial — effect, even with all the gain controls set to zero. It's easier to test these things objectively in a digital system such as Pro Tools, and doing so made it clear that with all the gain controls flat, none of these EQ plug-ins has any effect on the sound apart from applying dither noise, presumably indicating that they use double-precision processing before dithering the output back to 24-bit.

So what happens when the gain controls aren't flat? Well, since Cambridgeshire is not exactly awash with vintage API, Neve and SSL desks, I can't tell you whether URS's plug-ins exactly replicate their behaviour. Because there's restricted control over bandwidth it's also not always possible to reproduce settings from the URS equalisers precisely in other plug-in designs, but you can certainly compare the way they sound: and the results are impressive.

Both N Series and A Series are the kind of equaliser that engineers tend to describe as 'musical' or 'characterful'. A Series in particular is perhaps the most 'rock & roll' plug-in EQ I've ever heard, with a tough, aggressive sound that's perfect for rock drums, vocals and electric guitars. N Series, too, is capable of delivering plenty of welly on all these sources, but tends towards a warmer sound, and is equally useful in more delicate applications. I was particularly impressed with its ability to add high-frequency air to fingerstyle acoustic guitar. Unlike most digital equalisers, both of them sound good enough when boosting to make this a viable option. What's more, even a couple of dBs of cut or boost makes an obvious difference to the sound, and I found that the subjective effect of a 2dB boost in the A or N Series plug-ins could be equivalent to as much as 8 or 10 dB in, say, Waves' Renaissance EQ. The limited choice of centre frequencies takes a bit of getting used to, but they're all sensibly chosen and musically useful — which is why they were used on those classic consoles in the first place — and I never found myself wishing for a wider range.

The S Series EQ is a somewhat different beast. Here, excessive boost often leads to very obvious distortion, which might have musical applications such as livening up a limp snare sound, but couldn't really be described as 'warm'. Smaller boosts can provide a smooth-sounding, even lift in your chosen frequency area, whilst the fully variable Q makes this useful for surgical cutting applications, which aren't really the forte of the other two designs. For instance, S Series did an excellent job of notching out a boxy 250Hz room mode in a male vocal, without making it sound tinny or gutless as some EQs can.

There's lots to like about all of these EQs from URS. In a world where so many digital equalisers sound cold and sterile, the warmth and colour of the A and N Series designs is a breath of fresh air, whilst S Series has all the smoothness and precision you could want. The DSP loads vary, but are low enough that you can afford to make these your default channel equalisers — you can load several URS EQ plug-ins even on a single Mix card DSP — yet their support for the Multishell architecture means you're not wasting a DSP chip by only using one instance. The only serious bone of contention is likely to be the cost, which is certainly up there with other high-end equalisers such as Sony's Oxford EQ and Waves' products. If money is no object, URS's plug-ins would complement one or both of these competitors very nicely!

The difference between URS's 'classic console equalisers' and generic digital EQ is immediately obvious, though it doesn't come cheap!

Published September 2004
This tutorial will discuss how to download SRTM Elevation data directly in QGIS using SRTM Downloader plugin. SRTM elevation data is an effort to provide Digital Elevation Model (DEM) at global scope with highest resolution 30 m. Usually the SRTM data can be downloaded from USGS Earth Explorer or NASA Earth Data Server. For this tutorial I'm using QGIS 3.0 master candidate (or QGIS 2.99 exactly) which can be downloaded from QGIS weekly download. 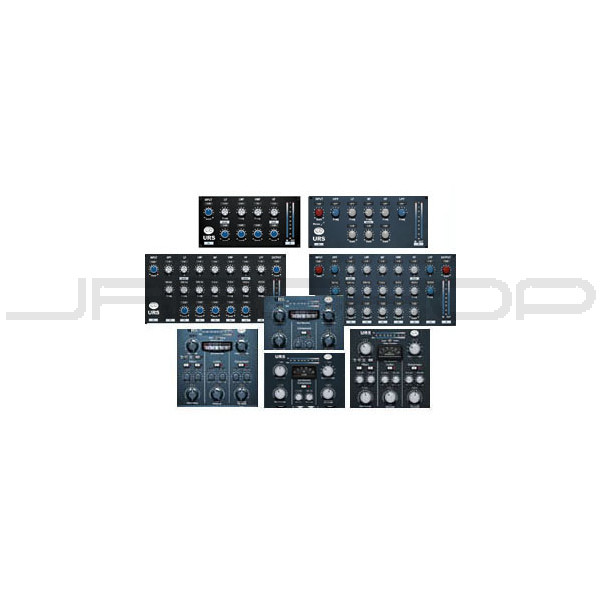 SRTM Downloader Plugin was developed by Dr. Horst Duester from Sourcepole AG. The SRTM data will be dowloaded from NASA Earth Data server. Therefore you must have an account to download the SRTM elevation data with this plugin. You can create an account at https://urs.earthdata.nasa.gov/.
To install the plugin is quite straight forward. In the toolbar menu Select Plugins >> Manage and Select Plugins.. The plugin window will open as in figure 1. Type SRTM Downloader, check it and Install. Done! 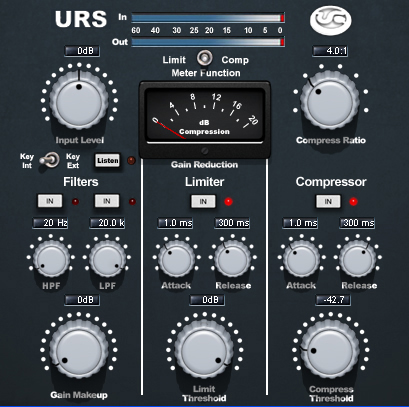 To download SRTM elevation data, firstly we have to define a location extent. You can do it manually or simply just add a data into QGIS map canvas. For example, in this case I added a world satellite imagery image from ESRI web map server. See this tutorial how to add satellite imagery in QGIS. You will have world satellite imagery as in figure 2.
Next you just go to any place you want. For example I wanted to download SRTM elevation data around Fuji Mountain in Japan. So I am gonna search the location of the mountain in Japan. I found it as in figure 3.

Now, we are ready to download the SRTM elevation data around Mt. Fuji with the following steps.

1. Open SRTM-Downloader plugin in the plugins menu. See figure 4.
2. The SRTM-Downloader plugin window will open as in Figure 5. Then click Set canvas extent to get the location extent. In the Output-Path, specify the location where the SRTM elevation data will be stored in your machine.
3. If you want to add the SRTM downloaded data when finished. Enable/check Load Images to QGIS.

4. Click Download. Then will appear a window where you have to input your registered username and password, as in figure 6.
5. Click OK button. Wait..and if finish the SRTM data will be added to QGIS map canvas as in figure 7.
It's done. Must be noted that the SRTM that dowloaded based on tile with 1 degree x 1 degree size. So it won't clipped exactly as the QGIS map canvas extent. So if your location consist of more than one tiles, all those tiles will be downloaded. How many tiles did you get?
That's all the tutorial how to download SRTM elavation data in QGIS. Furthermore you can play with the data with changing its style, visualize in 3D, create elevation profile or do some terrain analysis with it.