Few things can be more enticing than playing a game built around one of your fetishes. Here are 5 weight gain games you should definitely give a try if you haven’t already.

In Vale City you play as a party of young women taking a summer vacation to the titular Vale-City. Leadership of the metropolis is decided by fetishistic combat. Your characters come to the city knowing this and make it their goal to win the belly fighting tournament and become leaders of the city. The story in the game is pretty lightweight and only really serves to justify the existence of a belly fighting tournament.

The game is essentially an RPG maker, Final Fantasy style rpg complete with two rows of characters taking turns to politely punch at one another. Or in this case, waggle their expanded body parts at each other. Where the game breaks the mold is that you gain experience not by beating opponents, but by eating food. Eating gives you Belly Points at the expense of Hunger points. As your BP increases, your character gets fatter up to a limit determined by their level. Higher BP levels also give you a malus to action speed but a buff to defence. Most importantly, BP can be Spent as a form of mana to use more powerful abilities.

Most fights end up with getting your characters well fed, then using their newly fattened assets to beat up your enemies. The real challenge in the game is the things that happen in between battles. The tournament takes place during the summer, and so you only have until the end of summer to progress enough to beat the boss. To get ready for that fight you have to earn money to buy food as well as explore to find helpful equipment, and acquire other abilities to help in your mission. My one warning is that the writing is done by a non native english speaker and it shows. If that’s something that might throw you off, then maybe give this one a miss, but otherwise you should give it a try here.

Eat the dungeon is a simplistic RPG. You have a party of adventurers with a goal to defeat all the presented monsters as quick as possible. You do that by matching your adventure’s attack types and favorite foods to the corresponding enemies weaknesses. Attacking puts that adventurer on cooldown, fills up and visually inflates their stomach. Every character slowly digests and turns food into fat, increasing their cooldown while also making them visually fatter. Weight is a trade off. It slows you down but can be spent after battle to raise the stats of your party.

The gameplay is very simple, but has a lot of room for skill and strategy. It is easy to pick up the basics but it is definitely a game that will take time to master. With your goal being to clear levels as quick as possible, the game become a frantic race to consume all of your enemies. You can play it free on the creator’s website here. And you can check out other top free TF games here.

Penelope’s Christmas is my favorite game to come out of Weight Gaming’s 2018 Fat Fortnight game jam. It is definitely the lightest in terms of gameplay on this list. Really it’s more of a visual novel, but what it lacks in mechanics it makes up for in ambience, polish, and cuteness. Since it is short, I won’t spoil what it is about. You should just play it to find out. The game is cozy to a sickening degree. Penelope is a delight. The art style, while simplistic, harkens back to the pixel art of old point and click adventure games. On top of this, the handcrafted music immediately makes you feel like your back at home on Christmas Eve. All it needs is the scent of an evergreen candle and a candy cane to complete the feeling. After loading up the game again for this article, the music immediately floods me with nostalgia. You can get the game here.

Don’t let the name fool you, even without an actual name this project has a ton of content. It is an RPG maker game with a guiding creative principle of “how can I make this character get fat?”. The actual combat is mostly unremarkable, but the game does a great job of living up to its guiding phrase. Most of the female NPCs have some scene or quest with weight gain as a final result or reward. Additionally there is plenty of weight gain content along the main quest for the main characters. I wasn’t joking earlier when I said there was a lot of content. There is eating contests, feeding fetch quests, gratuitous fat related bad ends and more. The game even has an area for oyu to specifically see the bad ends to missed because of all the custom sprite work they have in them. The game is still in development but trust me, you can play for hours and still not exhaust everything there is. Plus as you finish story events, you can backtrack for even more weight gain related content. You can play the current extent of the game here.

Super Fatty RPG is a gift of a game. It’s built on an older version of RPG maker but has completely unique custom assets. This game has style. You are dead. The details of your previous life are gone and you are now disembodied soul working their way through the afterlife. Early on, through an oozing payphone, a mysterious person gives you leg up in your post corporeality. From then on your quest is to pay of your debt to him by gaining and sacrificing weight for him. The game has a heavy focus on both weight gain and vore. Progressions is gated through tokens that you earn from helping other souls in the afterlife. You trade these tokens into a mysterious payphone to increase your max weight cap, so you can advance into areas with tougher monsters. The word is so wonderfully dark and whimsical and you shouldn’t miss out on playing it. Check it out here. And check out Altered Beast if you are up for another great TF game with a dark story.

What it does
This mod is a bundle of tweaks and options for you to control the fat and muscle changes of your sims. Through a handy in-game settings menu, you can:

Why would you want this?
Fat and muscle changes in an unmodded The Sims 4 are tuned to be very fast, so you can see immediate results after exercise. If you play on longer lifespans, or would like a subtler fitness feature, or like the idea of sims' bodies changing more realistically, you might want this mod's Fitness Changes Multiplier feature to slow things down. Urw nimbus sans fil.

In an unmodded game, the background sims that eat from food stalls and go the gym will have their fat and muscle change from the things they do while in your neighborhood. This can lead them to quickly get extreme bodies, if most of their on-screen time is spent exercising or eating. If you play on longer lifespans, or with aging off for non-played sims, this problem becomes worse. If you switch households a lot, this can affect your own played sims while they are out of your control. Using this mod's No NPC Fitness Change feature can solve this issue while still letting your played sims be affected by fitness while you are playing with them.

If you'd like your sims to be able to grow and change into a wider variety of body shapes than the base game allows, you might want the Expanded Fitness Limits feature.

Sims modder Candyd discovered that in an unmodded game, teens have a modifier applied to them that halves all of their fat gains, but has no effect on their fat losses. If you've noticed that your teens typically end up at low fat by the time they become adults, regardless of exercise, this will be why. If you want to try teens with normal adult metabolism, you might want this mod's Underweight Teen Fix feature.

If you want to give a sim the Bodybuilder aspiration, but don't want them to rapidly change from the body shape you gave them in Create A Sim, you might want the No High Metabolism feature to disable the High Metabolism trait's modifier to fat and muscle decay.

To access the settings for this mod, click on your active sim, open the 'roBurky' category, and choose 'Fitness Controls'.

From this settings menu, you can decide which features of the mod you wish to use.

After changing any setting, you will need to restart your game before your changes will take effect. 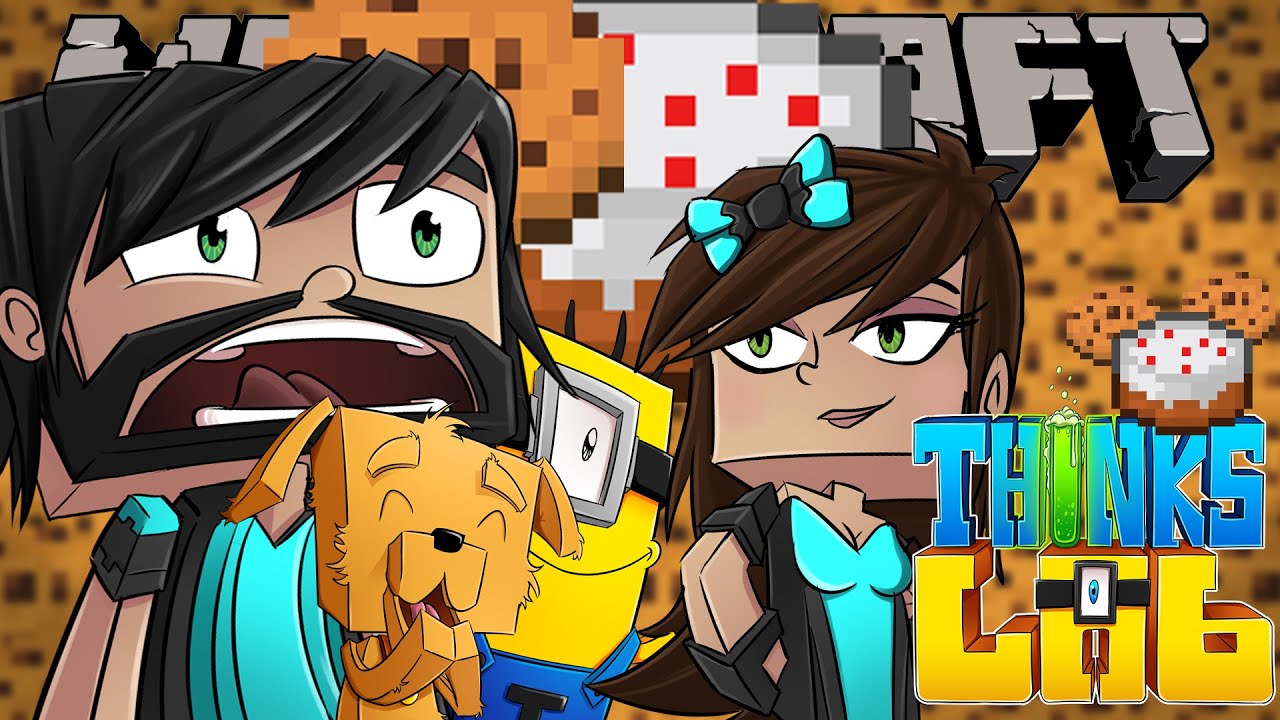 Expanded Fitness Limits feature
With this feature, you can expand or reduce the range of sims fat and muscle levels. You can allow your sims to appear heavier, leaner, or more muscular than in the unmodded game.

The new limits apply both to the body sliders in Create-A-Sim, and to fitness changes from eating or exercise in live-mode. Sims' visible physique should continue to change at the same rate as before. Other effects from reaching high or low fat or muscle should take effect at the same visible level as before. Everything should behave almost exactly as you would expect.

Fitness Limits preset packages
To use the new limits, you should choose ONE optional limits package to download and install alongside the core Fitness Controls mod. The preset packages available to choose from are:

Like in an unmodded game, the limits in Create-A-Sim are all a little bit less than the live-mode limits, to give the sim room to change once you begin to play.

Advanced settings
If you wish to choose your own customised fitness limits, read this page on advanced settings for the Expanded Fitness Limits feature.

Other mods by roBurky
The rest of my mods can be found over here.

Conflicts and Compatibility
This mod is compatible with both the 32-bit legacy edition and 64-bit regular edition of The Sims 4.

This mod overrides these script functions, and will conflict with any other mod that does the same: 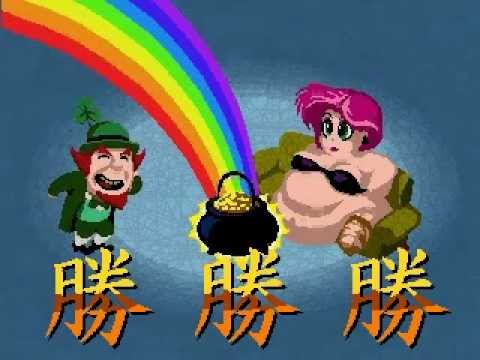 The preset limits packages override this sim data resource, and will conflict with any other mod that does the same:

Support and updates
If you like this mod, you can help it get expanded further and kept up to date with patches by becoming a patron.

To keep informed of updates to the mod, click the 'follow' button on patreon for email alerts. You can also follow roBurky on tumblr and twitter.
To talk about the mod with other players, or get live help with installing or using the mod, join our Discord server.

Extract the contents of the roBurky - FitnessControls.zip file into your 'Documents/Electronic Arts/The Sims 4/Mods' folder.

You may also choose to download and install ONE of the preset Limits packages.